The Jewish Cookbook for Life

A story of culture, family, and of course, food

Someone once told me - jokingly, of course - every major Jewish holiday can be summarized in three simple sentences: “They wanted us dead. We kicked their butts. Let’s eat.” I laughed because, like most stereotypes, it’s kind of true.

As long as I can remember, food has been a big part of my life in more ways than just the obvious. It’s not a family party without tons and tons of food. My dad, my grandma, and my aunts and uncles all love to cook, and that’s something I’ve inherited as well. We have traditions and family recipes that I plan to pass down to my kids someday. And yes, I know this isn’t specific only to Jewish families. But it's a big part of what being Jewish means to me.

There might be a separation of church and state in this country, but that’s the thing - the expression is church, not synagogue. Time off in December is called “Christmas break,” and you don’t see nearly as many menorahs and dreidels in stores as Santa hats and ornaments. The holidays and traditions that have become commercialized are Christian ones, leaving the poor little Jewish girl feeling a bit like the white crayon in the box, confused and left out.

Over the years, my connection to the actual religious aspect has been tenuous at best. But when I need to feel connected to my heritage, all I have to do is go to the kitchen. 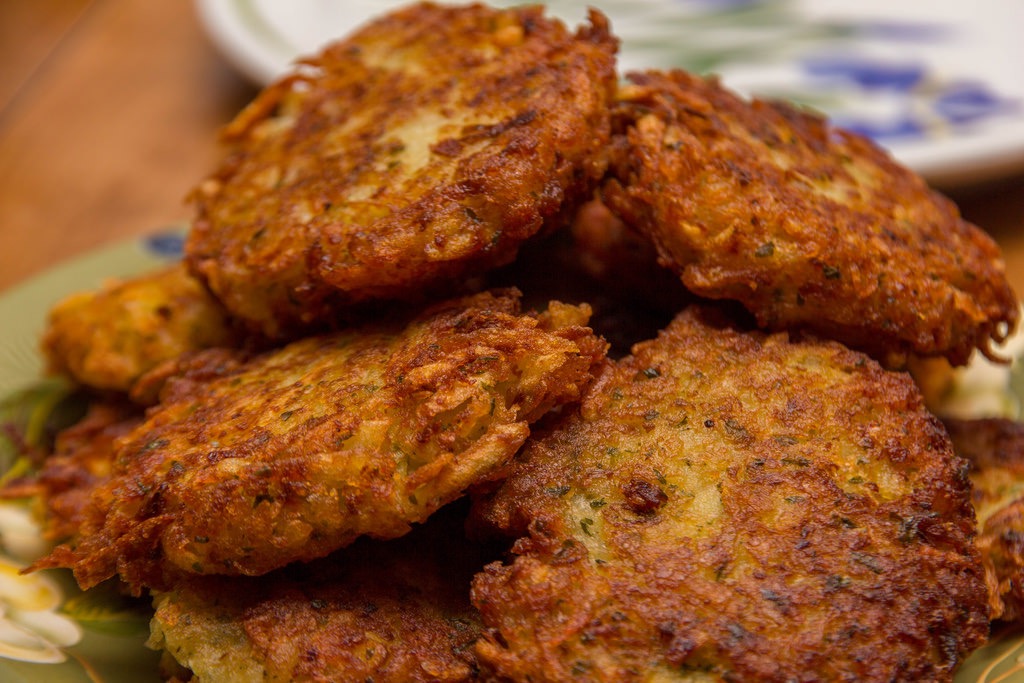 The candles flicker, tiny glowing spots of light against the darkness. Two candles for the first night of Hanukkah. Just moments ago, I used the shamash, or helper candle, to light the other, Mommy cooing behind me “such a big girl!” and “be careful with the flame” all in the same breath.

My lips form words I don’t fully understand—another language, one I only speak in song and couldn’t translate if my life depended on it. But it almost doesn’t matter that I don’t know what I’m saying. This is a prayer, a blessing for the candles. I know that much.

Then we sit down for dinner. The scent of sizzling oil fills the air as Daddy brings over the serving plate. I scrubbed the potatoes earlier, and a small bubble of pride wells up in my chest.

For now, though, there are latkes, golden-brown and flaky, with applesauce and sour cream. I eat and eat until my stomach is full to bursting, and then I eat some more. 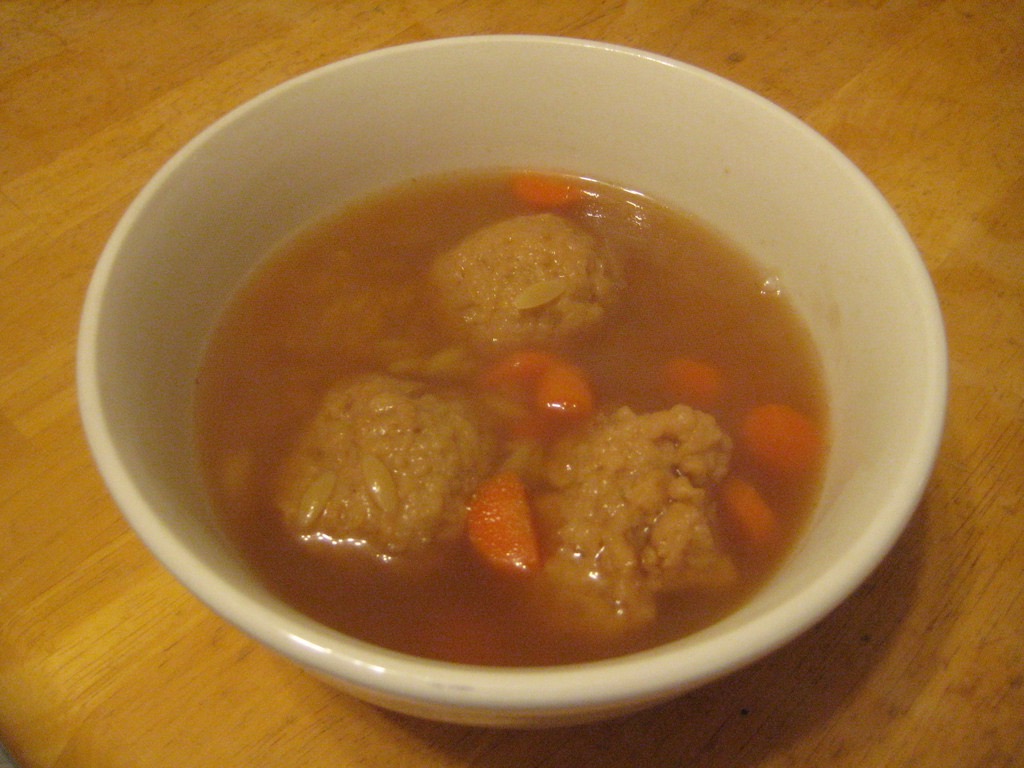 My stomach growls as I come home from school, already thinking about all the homework I have to do, and then I hear my stepmom call me from the kitchen. She says she’s making soup.

My new stepmom is a doctor, a well-dressed professional with an insanely busy schedule, whose idea of cooking is a frozen meal. She’s been part of my life for a few years now and the adjustment has been…occasionally bumpy. Let’s leave it at that.

Obediently, I sit down at the table, ready to refuse because I don’t much like soup. But it’s matzoh ball soup, which is one of my favorite parts of Passover. No matter that it’s months from the holiday.

We switched synagogues last year, at her request. Something about the politics at the first place. I didn’t pay too much attention, because all that mattered to me was having to leave all my Sunday school friends, the people who know what it’s like to be the only girl in class who doesn’t put up a Christmas tree.

I still know all the prayers—they’re burned into my head like song lyrics—but my connection to what they mean floats further and further away from me.

She sets a bowl down in front of me, watches expectantly as I take the first, tentative bite. The matzoh balls are a little hot, but fluffy and salty - perfect.

I smile. She smiles back. 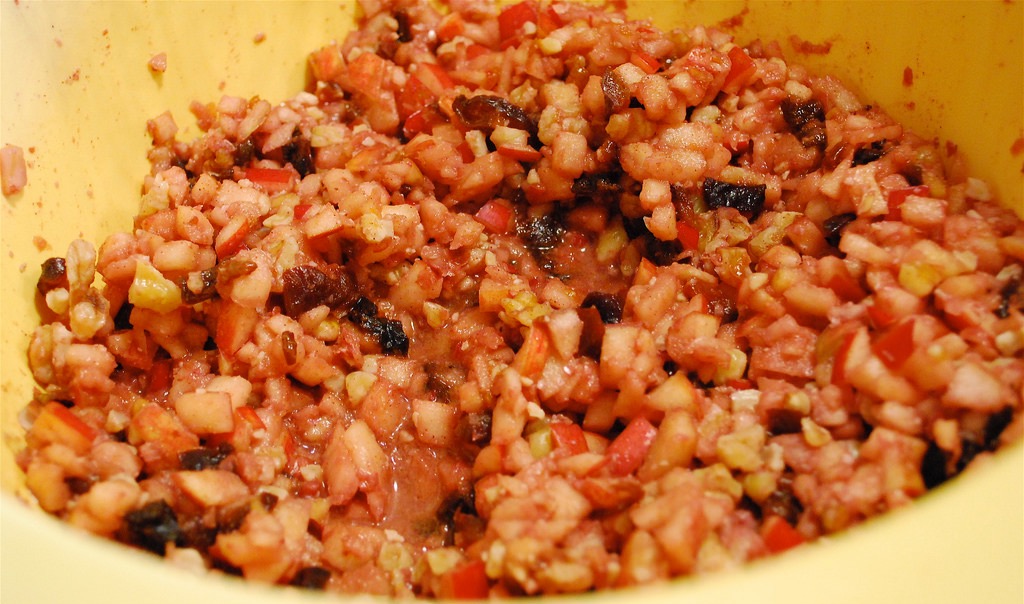 A few days before the first night of Passover, my stepmom comes home and declares that we’re going to have a seder. I’m completely caught off guard.

We left the new synagogue after only two years. Now my family is Jewish in the vague way some people say they’re Christian when they put up stockings and go on Easter egg hunts. And I can tell it doesn’t bother anyone else, but it sometimes bothers me.

Still, when my stepmom sets her mind to something, there’s little chance of swaying her from her course. She goes all out, like she does with most things, buying new dishes and looking up recipes online. Despite the stress of junior year weighing me down, I volunteer to help with the cooking because, matzoh ball soup withstanding, she’s still not much good in the kitchen.

Our relationship has smoothed out over the years. It’s not perfect, and it never will be, but it works. Sometimes I think that’s all I can ask for.

The dish that requires the most work is one of the simplest—charoset, which is simply a mixture of apples, walnuts, honey, wine, and spices. Because nobody else will do it, I spend almost an hour meticulously peeling and chopping the apples, work my fingers until they’re cramped and pruny.

Everyone loves it, says it’s the best charoset they’ve ever had, and when I take a bite, it tastes like the sweetness of freedom it’s supposed to represent. 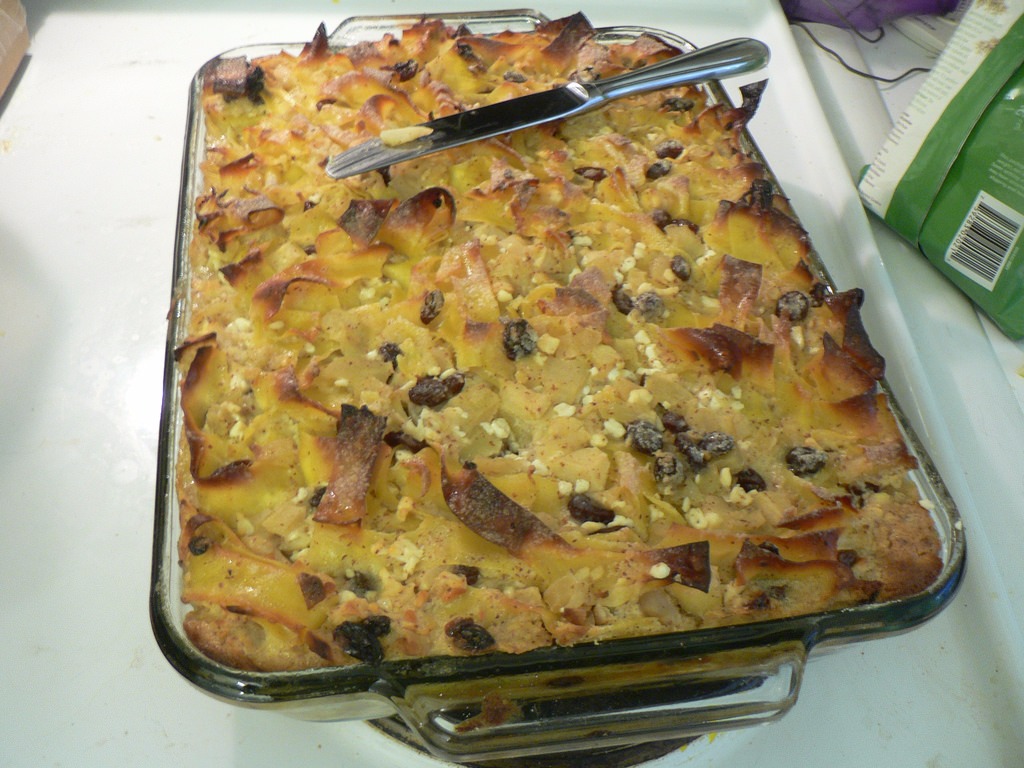 Two days after I graduate high school, I’m awake at seven AM and in the kitchen. Why would I willingly put myself through that kind of torture, one might ask?

Kugel, or noodle pudding, is most decidedly a dish rooted in Jewish culture, because my non-Jewish friends always give me a blank stare when I try to explain it. It’s basically egg-and-noodle casserole, with as many variations involving extra flavors as people in the world, and as much a staple of post-bat mitzvah brunches as bagels, lox and cream cheese. At least, it is to me, which brings us back to the present moment.

This particular recipe has a cornflake topping that would get soggy if it sat in the fridge overnight, so I grit my teeth and bear the early morning. It’s not the one I grew up with, the one my mom’s mom used to make, but one from my stepmom's family.

Like everything else I’ve ever cooked, it gets rave reviews.

The healing power of pets: how a Shiba changed a family's life
Michael R Gonzalez